The 2009 KiwiStamp issue marked New Zealand Post's first venture into non-denominated stamps. Each stamp covered the base delivery rate within New Zealand of a small envelope using standard postage (50 cents at the time of issue). Two stamps were required for express delivery (FastPost) and extra stamps for larger sized envelopes.

Marketed as a customer convenience, they also had the added benefit of allowing New Zealand Post to raise postage rates at any time without needing to print new stamps. New stamps were introduced in the 2011 KiwiStamp issue. 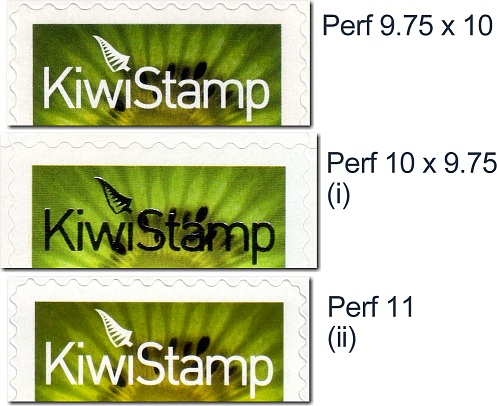 Three different varieties exist for each stamp with size and perforation differences but the varieties are most easily identified by their distinctive corner shape, as shown above. 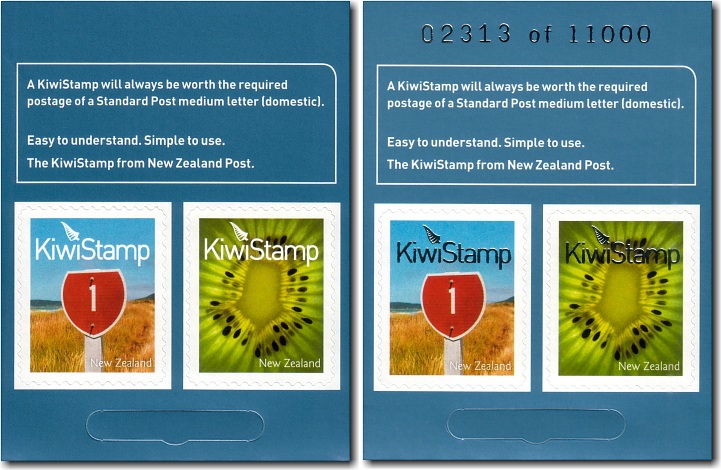 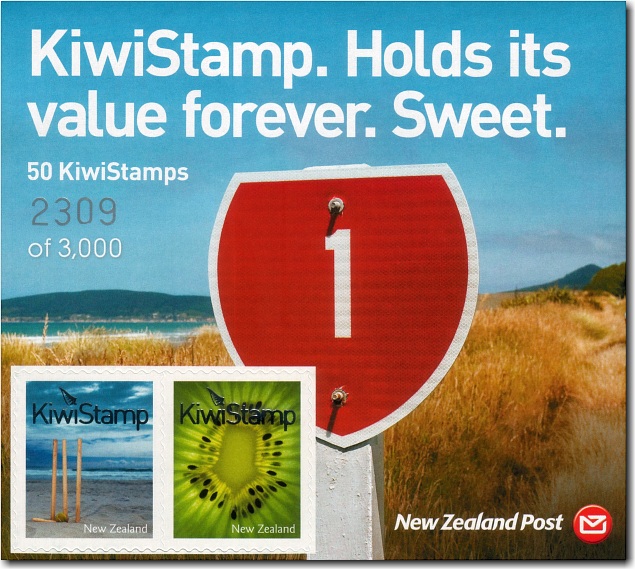 A special booklet of fifty silver foiled stamps was also produced and sold one per customer. Only 3,000 of these booklets were issued.
If you have any questions or comments please contact us - we'd love to hear from you.
Catalogue · 2008 · 2009 · 2010
Order Form · Currency Converter
Privacy Policy · What to Expect
Contact Us · Links