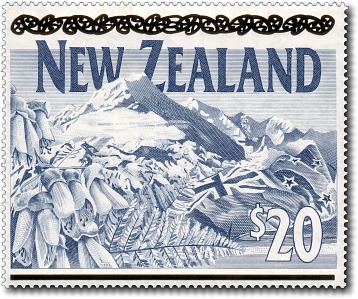 This is New Zealand's largest and highest valued stamp. It is also one of the most controversial as many stamp collectors believe that rather than responding to demand for a high value postage stamp for documents and parcels, the stamp was a ploy to fleece collectors. 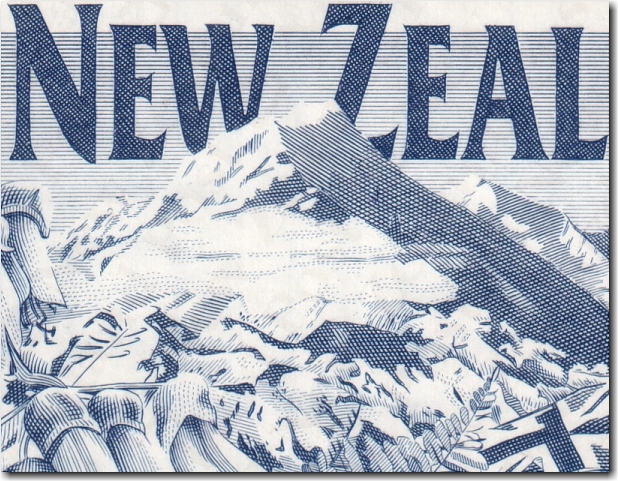 Recess printed in a dull blue with gold leaf embossing, this design incorporates several New Zealand icons - Mt Cook, the native Ponga fern and the Kowhai tree flower. A Maori rafter pattern in gold leaf borders at the top while the New Zealand flag is also woven into the engraving. 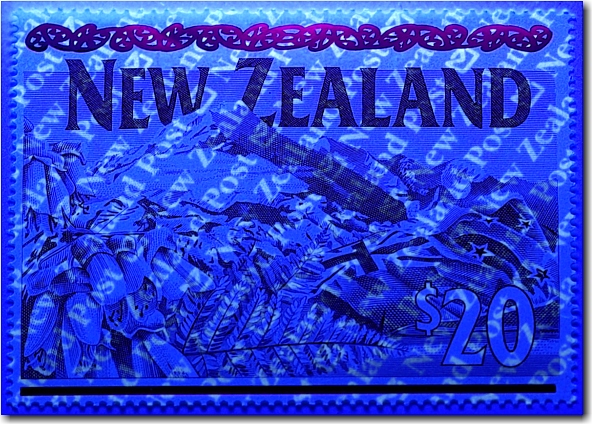 The stamp was printed on water-marked paper with a special fluorescent surface printed security pattern as shown in the above photograph which is visible under long wave (around 420 nanometre) ultraviolet light.
Bibliography
If you have any questions or comments please contact us - we'd love to hear from you.
Catalogue · 1993 · 1994 · 1995
Order Form · Currency Converter
Privacy Policy · What to Expect
Contact Us · Links