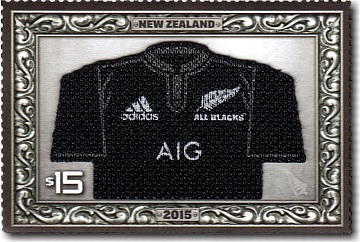 This stamp features material from the 2015 replica All Blacks Jersey die-cut to shape and printed then attached to the gummed stamp with the whole design giving the appearance of a framed jersey.