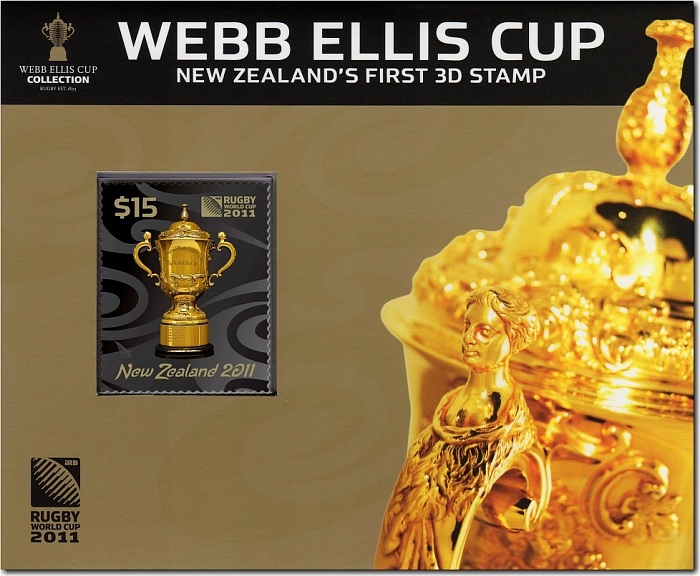 The 'Rugby World Cup 2011 - Participating 20 Unions' sheetlet was issued ahead of the contest in June 2011 and features the logos of all the competing teams. 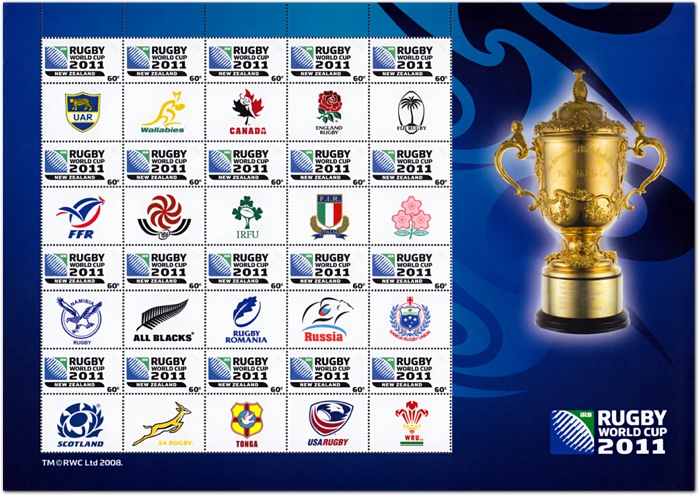 The 'All Blacks - Show Your Support' sheetlet was issued on the 1st of September 2011 as part of the World Cup merchandising at a considerable premium over face value. It features pictures of all members of the 2011 All Black team. 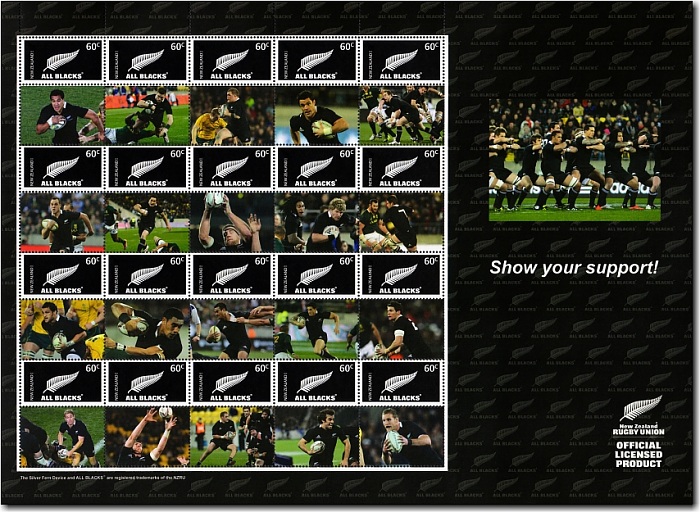 The tournament was won by New Zealand who defeated France 8 - 7 in the final which was played at Eden Park in Auckland on Sunday the 23rd of October 2011 - a date chosen because it fell on a New Zealand bank holiday weekend. 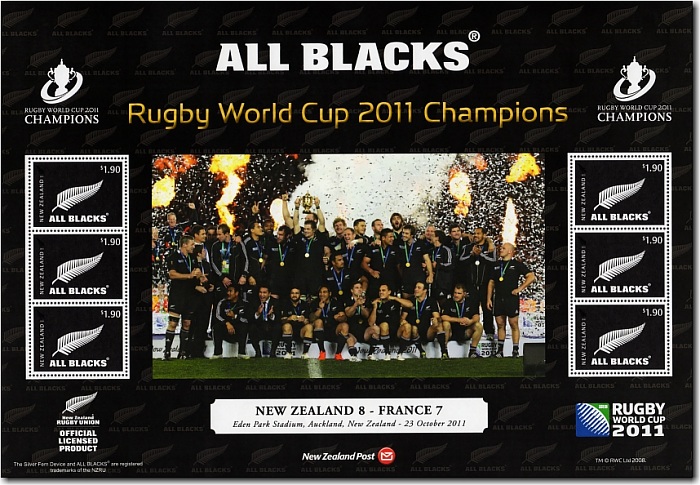