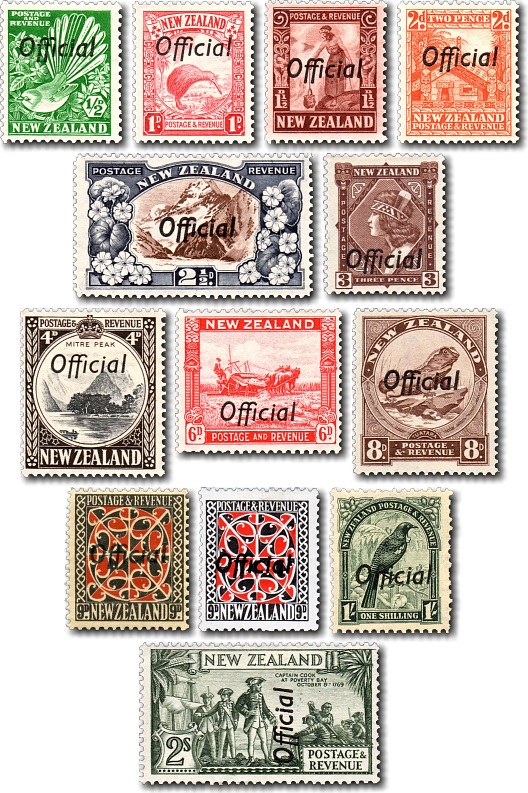 In 1905 the New Zealand Government decreed that postage stamps with the word 'Official' printed on them were to be used for all mail from government departments and agencies. The Official overprints of the 1935 Pictorials were first issued in March 1936 but are commonly included under 1935 for simplicity. All stamps from the 1935 Pictorials issue with the exception of the five penny and three shilling stamps were issued after having been overprinted by the Government Printer.

The eight penny stamp features the native Tuatara - the only surviving member of the Sphenodontians which flourished around 200 million years ago. The name "tuatara" derives from the Maori language meaning "peaks on the back".

The 9d stamp features the ornamentation from a Maori sliding door panel. This stamp was printed using offset lithography rather than recess printed like the rest of the stamps in the issue. The stamp was issued in two forms. The initial green overprints on the red and grey 1938 printing measure 18 by 21½ mm. The 1941 black overprinting on the scarlet and black stamps had a slightly smaller design - 17½ by 20½ mm.