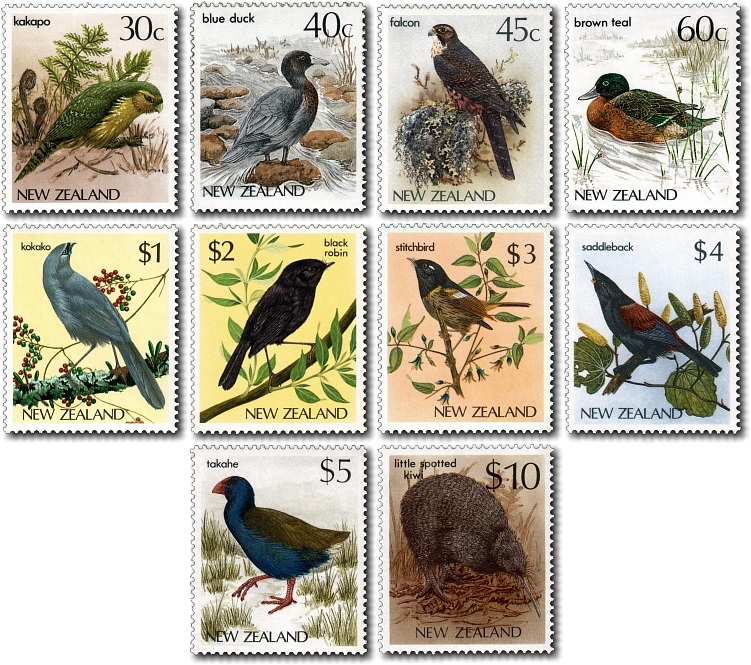 Some catalogues include these stamps under the 1982 Definitives issue. 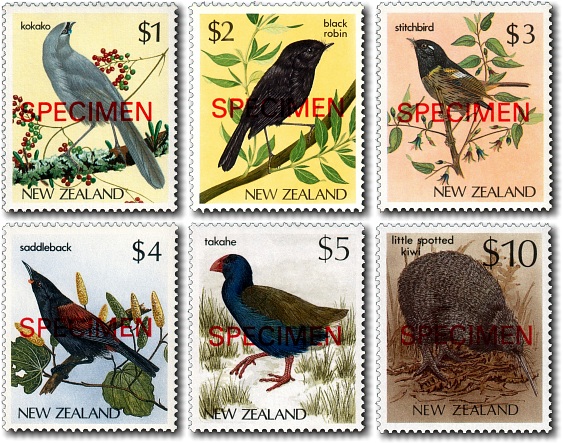 The stamps overprinted 'SPECIMEN' originate from a special presentation pack issued and sold by New Zealand Post on the 19th of April 1989. The stamps were not valid for postage, obviously, and all proceeds were donated to New Zealand's first World Stamp Exhibition which was held in Auckland from the 24th of August to the 2nd of September 1990.
Bibliography
If you have any questions or comments please contact us - we'd love to hear from you.
Catalogue · 1984 · 1985 · 1986
Order Form · Currency Converter
Privacy Policy · What to Expect
Contact Us · Links