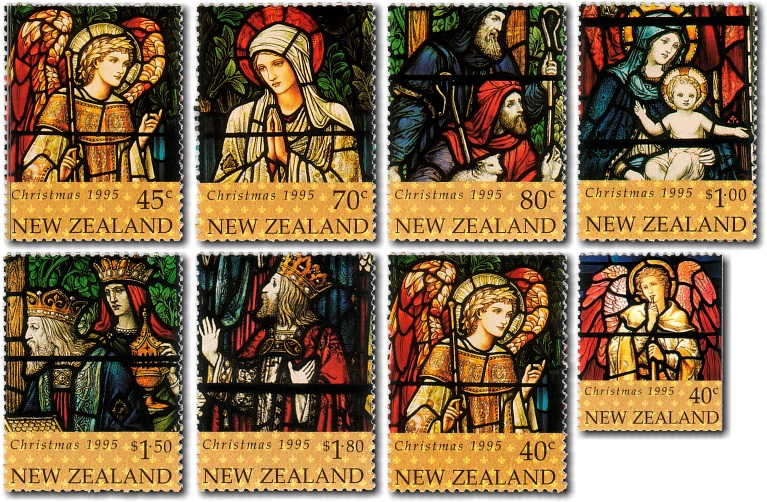 The 1995 Christmas issue features stained glass windows from two churches in Christchurch and one in North Canterbury. The 80 cent, $1, $1.50 and $1.80 stamps feature the Nativity from the three-lancet windows in The Lady Chapel of Saint Luke's Anglican Church. These windows were created at the Whitefriars Studio in London in 1909. The 40 cent booklet stamp features the central panel of a three panel window on the west wall of the Church of Saint John the Evangelist in Cheviot, North Canterbury. The remaining stamps, with the theme of the Annunciation, show the very beautiful stained glass windows from Saint Mary's Anglican Church in Merivale which were created at the studio of William Morris in 1910.

The 45 cent stamp was reissued as a 40 cent stamp due to the postage rate decrease on the 2nd of October 1995. 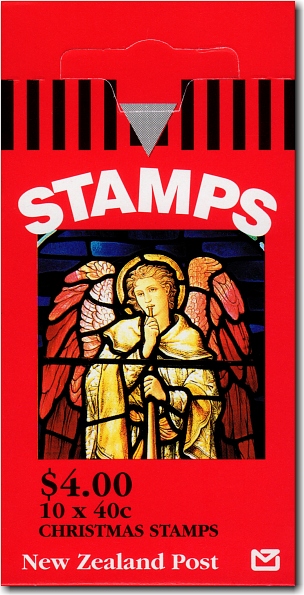 A booklet of ten 40 cent stamps was issued after the rate decreased on the 9th of November. 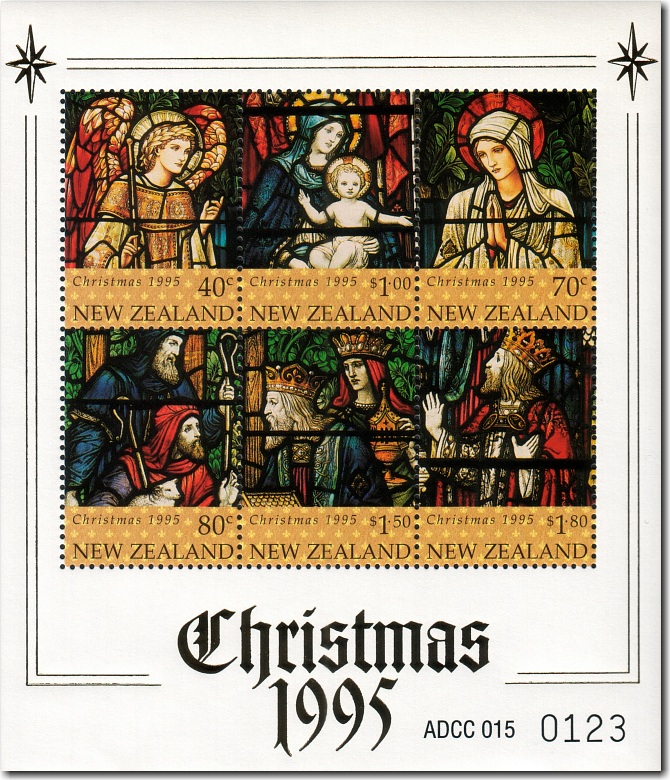 A limited edition numbered miniature sheet of 3000 copies was issued in December 1995 for inclusion in a combination telephone card / stamp pack. The pack sold extremely quickly as stamp and phone card collectors vied for copies.
If you have any questions or comments please contact us - we'd love to hear from you.
Catalogue · 1994 · 1995 · 1996 · Christmas
Order Form · Currency Converter
Privacy Policy · What to Expect
Contact Us · Links