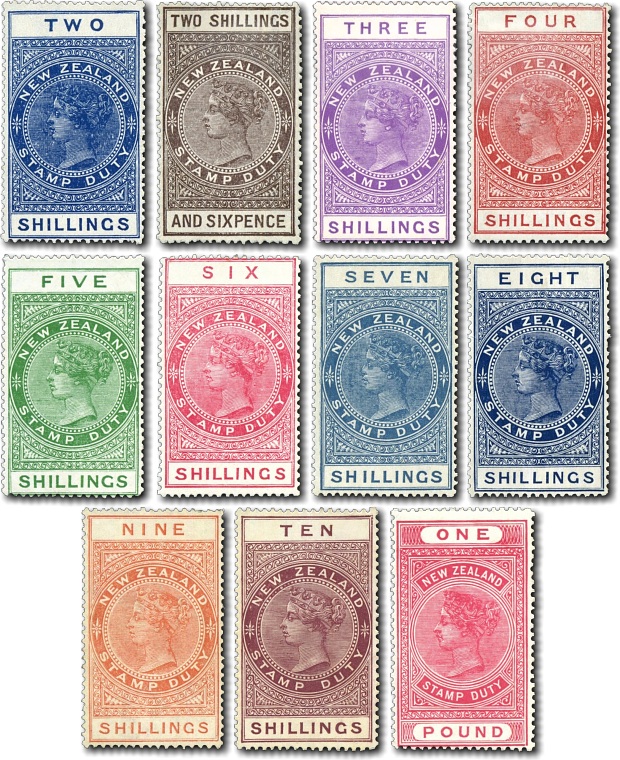 While Fiscal stamps were obviously intended primarily for fiscal purposes, early legislation allowed them to be used for postage. The 1898 Pictorials had two and five shilling stamps which were used for parcel postage, and the 1926 Admirals had two and three shilling stamps but for the rest of the period between 1882 and 1926, higher postage rates were met using the fiscal stamps.

The difficulty is knowing which values to include and which to exclude from a collection (or catalogue!). The full set of fiscal stamps go up to one thousand pounds, but even in 1930, postage on a single item could not cost over two pounds. However, bulk postage on a number of items could be paid for by higher value stamps on a receipt form, so this doesn't completely rule out their use. For simplicity, this catalogue lists only those stamps that were postally used on a regular basis.

The Queen Victoria Postal Fiscals were issued in 1880 and approved for postal use in 1882. They remained the only high value set until 1931 when the arms type fiscals were introduced, and were not withdrawn from sale until 1939.