Planning for the 1970 definitives began in 1968 with a two stage competition to first select a group of designers who were then commissioned to complete full designs for the issue, with the final stamps picked from that selection.

The half, one and two cent abstract moths were designed by Miss Enid Hunter. The rest of the moths and the fish stamps up to the seven cent stamp by Miss Eileen Mayo. D.B. Stevenson designed the 7½ and 8 cent stamps. 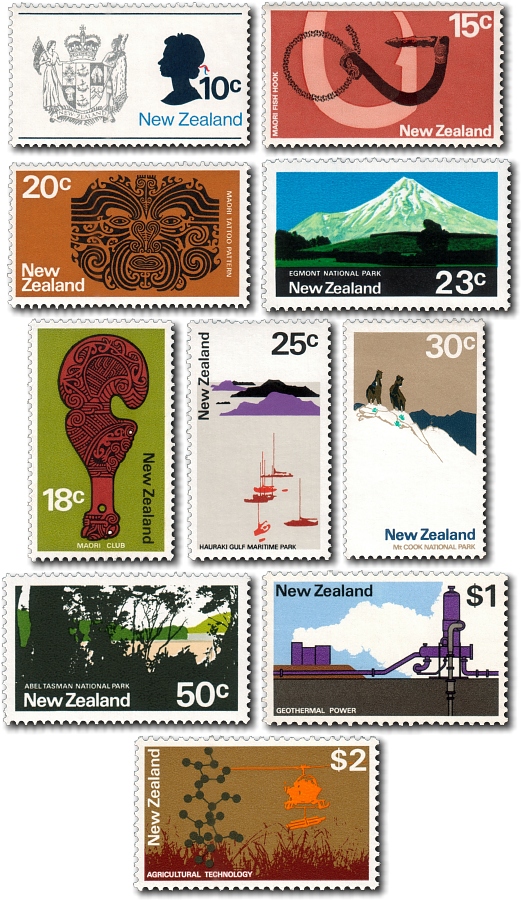 The 10, 15, 25, 30 cent, $1 and $2 stamps were designed by Mark Cleverley. The 23 and 50 cent stamps were designed by M V Askew and the 18 and 20 cent designs were by Enid Hunter again. The one and two dollar stamps were printed by Courvoisier in Switzerland and it is an unusual characteristic of their printing process that fibres are embedded on the gum side of the stamps.
Bibliography
If you have any questions or comments please contact us - we'd love to hear from you.
Catalogue · 1969 · 1970 · 1971
Order Form · Currency Converter
Privacy Policy · What to Expect
Contact Us · Links